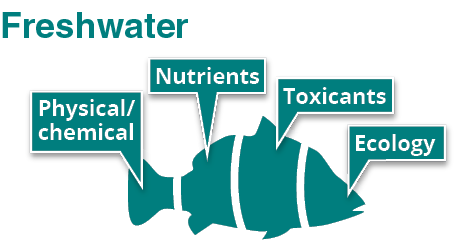 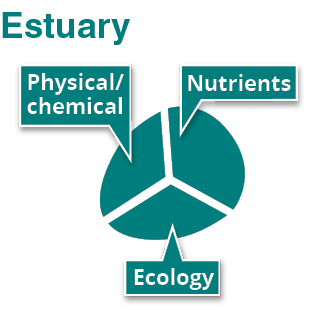 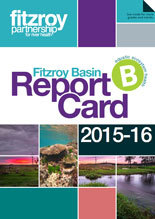 Want a copy of the Report Card?

Our summary report card for the 2015-16 water year is available for you to download and read or share with your friends.

This handy leaflet provides and overview of catchment grades and an overview of how they were calculated.

Facts about the Fitzroy Basin

At 142 600 km2 the Fitzroy Basin is the largest catchment on the eastern seaboard. It covers more than a third of the land that catches water and drains to the Great Barrier Reef. Named after New South Wales (NSW) Governor, Sir FitzRoy, the basin is dissected by the Tropic of Capricorn and is characterised by a humid coastal and semi-arid inland subtropical climate.

The basin is separated into six major river catchments: Isaac/Connors, Nogoa, Comet, Mackenzie, Dawson and Fitzroy, which flows into the ocean at Keppel Bay. This has been further separated into 11 waterway reporting catchments.

Seasonal irregularity is a defining feature of the basin, with long dry spells often followed by intense wet season rainfalls. Mean annual rainfall varies from 600 mm in the west, to 800 mm in the east, peaking at 1000 mm in northern coastal area. Due to its extreme size and fan like shape, the Fitzroy Basin is capable of producing large flooding. The highest recorded flood occurred in 1918.

The Fitzroy Basin is home to a number of rare and threatened species, and internationally significant wetlands. It has the greatest diversity of native freshwater fish in Australia and supports commercial and recreational fisheries significant to Queensland.

Plumes from average floods inundate Keppel Bay. Keppel Bay is home to reefs with some of the highest coral cover of any within the Great Barrier Reef. These inshore reefs are at risk from the impacts of sediment, nutrients, and chemicals, and this risk is exacerbated by climate change.