The above map shows the maximum flood height recorded at the most downstream site for each catchment for each water year.

Due to its immense size and fan-like shape, the Fitzroy River catchment is capable of producing severe flooding following heavy rainfall events. Its major tributaries, the Dawson, Mackenzie and Connors Rivers rise in the eastern coastal ranges and in the Great Dividing Range and join together about 100 kilometres west of Rockhampton. Major floods can result from either the Dawson or the Connors-Mackenzie Rivers. Significant flooding in the Rockhampton area can also occur from heavy rain in the local area below Riverslea. 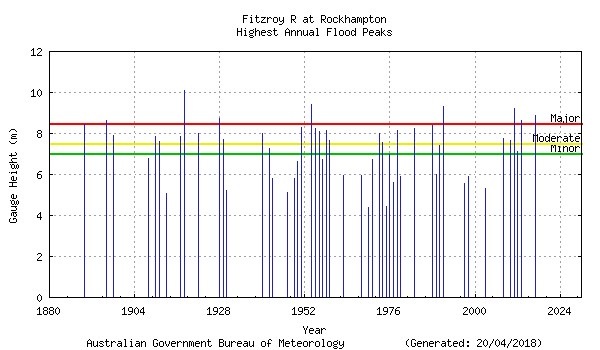