At over 142 600 km2 the Fitzroy Basin is the second largest seaward draining basin in Australia and the largest draining to Australia’s east coast and the Great Barrier Reef.  The basin is dissected by the Tropic of Capricorn and is characterised by a humid coastal and semi-arid inland subtropical climate.

Facts about the Fitzroy Basin

Seasonal irregularity is a defining feature of the basin, with long dry spells often followed by intense wet season rainfalls. Average annual rainfall varies from 600 mm in the west, to 800 mm in the east, peaking at 1000 mm in northern coastal areas. Due to its extreme size and fan like shape, the Fitzroy Basin is capable of largescale flooding. The highest recorded flood occurred in 1918.

Around 120,000 people live in the basin, with most living in the urban centre of Rockhampton. The Fitzroy Basin is home to a number of rare and threatened species, and internationally significant wetlands. It has the greatest diversity of native freshwater fish in Australia and supports commercial and recreational fisheries significant to Queensland.

The Fitzroy River mouth marks the beginning of waters described as the Great Barrier Reef World Heritage Area. Flood plumes discharged from large floods extend east across the Capricorn Bunker Group and north of Townshend Island, covering an area greater than 10 000 km2.  Plumes from average floods inundate Keppel Bay. Keppel Bay is home to reefs with some of the highest coral cover of any within the Great Barrier Reef. These inshore reefs are at risk from the impacts of sediment, nutrients, and chemicals, and this risk is exacerbated by climate change. 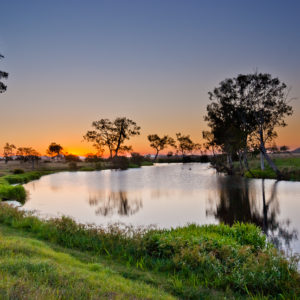 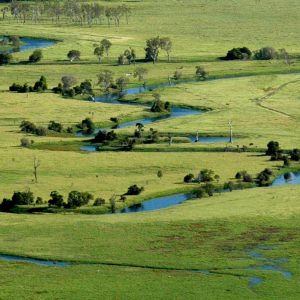 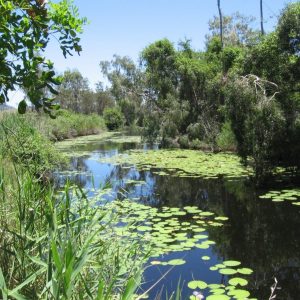 First Nations in the Fitzroy

For a printable version of this map click here. 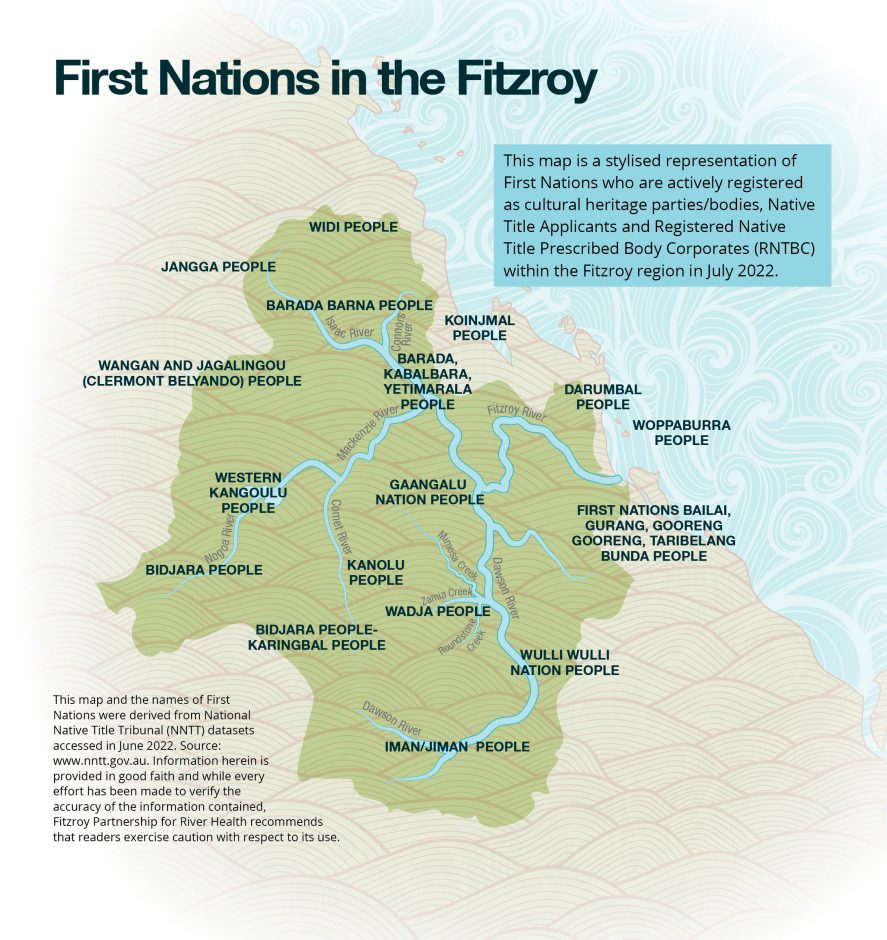 For a printable version of this map click here. 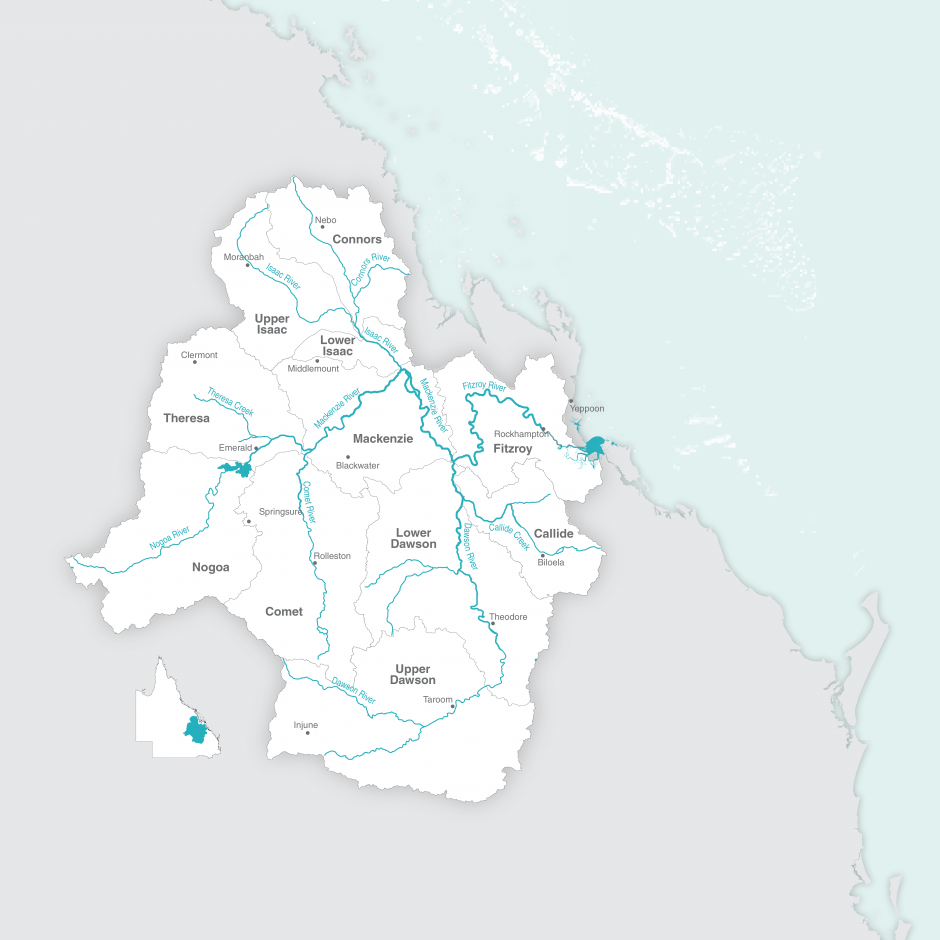 The Fitzroy River is joined by two rivers:

The basin therefore has six major river catchments Isaac/Connors, Nogoa, Comet, Mackenzie, Dawson and Fitzroy, which flows into the ocean at Keppel Bay.

To simplify our reporting and provide greater detail, we have further separated the basin into 11 waterway reporting catchments and the estuary.