There are two ports in the Fitzroy Region:

The Port of Gladstone is one of Australia’s largest coal export ports, and the fifth largest coal port in the world. It is heavily industrialised, with eight major industries located close to the port.

The Port of Gladstone has 20 operational wharves and six anchorages in the harbour. All berths can take vessels up to 180 metres long, and some berths accept vessels up to 320 metres long. There is also a 320 berth marina facility.

Three liquefied natural gas (LNG) processing facilities are under construction on Curtis Island. When these are complete, Gladstone will be the largest port in Queensland.

Major exports through the Port of Gladstone include:

Major imports through the Port of Gladstone are:

The Port of Rockhampton is a relatively small, three-berth port in the Fitzroy estuary. It is the principal port for handling Class 1 explosives for eastern Australia.

Freight that transits the Port of Rockhampton includes:

The only portside industries are evaporative salt pans. 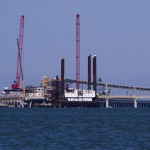 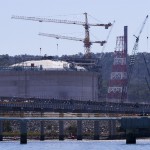 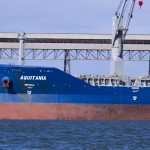 A Ship At Port