Coal seam gas (CSG) is primarily methane that is extracted by drilling wells into deep coal seams. The drilling operation brings water from the coal seams to the surface (CSG water) to reduce pressure in the seams and allows the release of gas. CSG water varies in quality, but can often be saline and sodic. For the Fitzroy Region, most CSG extraction currently occurs in the Upper Isaac, Upper Dawson and Lower Dawson catchments. Water extraction and release or re-use is regulated by the Queensland Government.

In some areas, the CSG extraction process may involve the use of fraccing to improve gas recovery. Fraccing is only carried out at wells with certain geological characteristics. According to the Queensland Department of Environment and Heritage Protection, there are approximately 5,000 petroleum and gas wells in Queensland and around 400 of these have been fracced, although as the industry expands, a higher proportion of wells may be fracced.

Since the construction of liquefied natural gas (LNG) plants on Curtis Island, gas is exported from the Port of Gladstone. Shipments began in December 2014 and are projected to reach 25 Mt by the end of 2016. 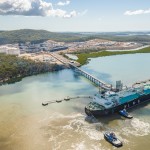 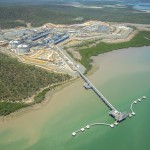 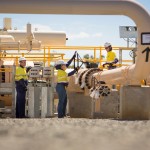 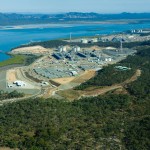