In the period from September 2010 to November 2011 a series of extreme events occurred on the Reef. With the very strong La Nina beginning in mid-2010, above average rainfall that was, both intense and prolonged, occurred across eastern Queensland. Three cyclones crossed the north Queensland coast over a period of three months. The 2010–11 wet season started with high flows in the Wet Tropics during November and December 2010, and extended to April 2011. It was characterised by a weather system (cyclone Tasha crossed the coast near Innisfail in December 2010 and eventually went south) which caused large-scale floods in the Burdekin River. This was followed by cyclone Anthony, a category 2 cyclone which crossed the coast near Bowen. This travelled inland and went south where it created flooding conditions in New South Wales to Victoria. This was followed by severe tropical cyclone Yasi, which crossed the Queensland coast near Cardwell in early February 2011.

Nearly all of the Great Barrier Reef rivers experienced a degree of flooding over the 2010–2011 wet season, and flow conditions were all above the long-term mean and median flow, indicating that this was a very wet year for the entire Reef. Flood waters moved into the River from the Burdekin River in late December 2010, from the Fitzroy River in the early weeks of January 2011, and indirectly from the southern rivers, particularly the Mary-Burnett catchments. Heavy and consistent rain also continued in the Wet Tropics region throughout the wet season, peaking in February in association with cyclone Yasi. The total flow for all Reef rivers was 2.6 times the long-term median flow, with all rivers reported under the Reef Plan exceeding the long-term median flow by 2 or more times, except for the Tully River which exceeded it by 1.5. 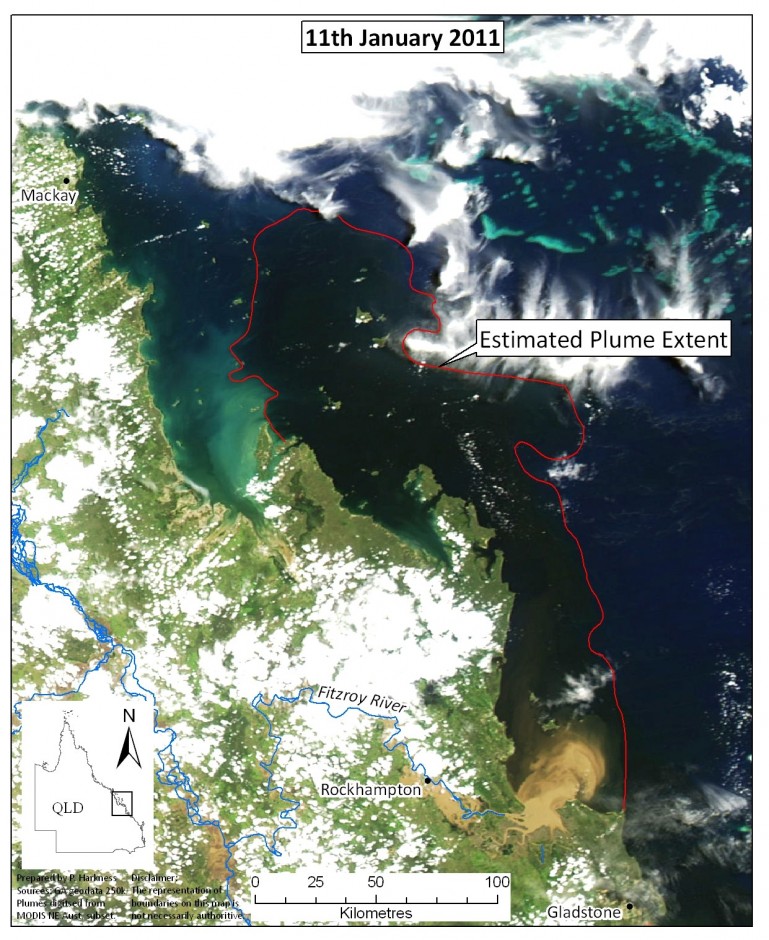 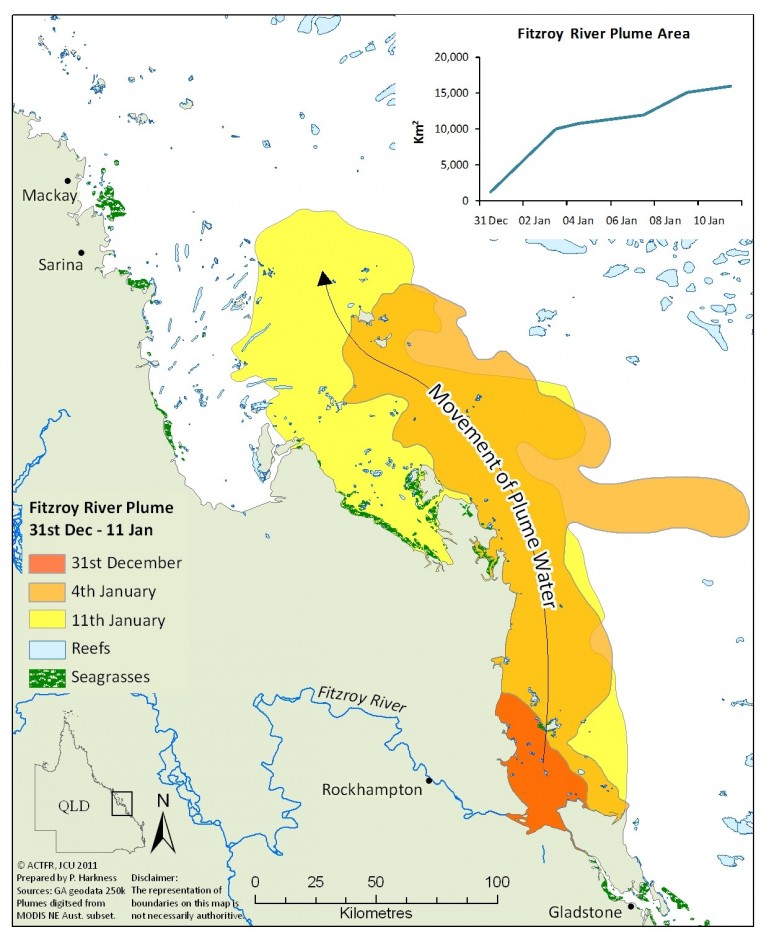