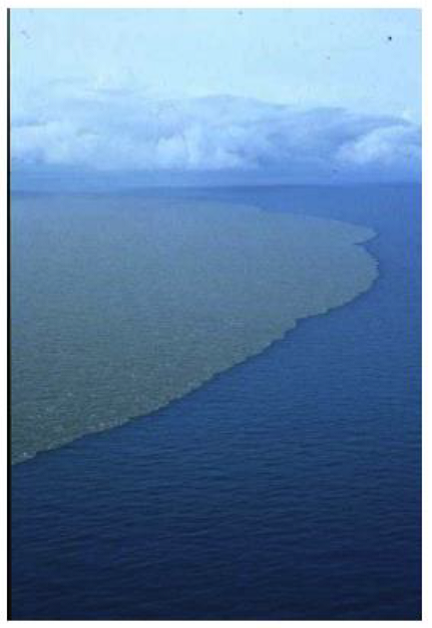 On 26 December 1990, severe tropical cyclone Joy crossed the eastern Australian coast near Ayr. The cyclone subsequently turned into a rain depression, causing widespread flooding throughout various sections of the Fitzroy, Pioneer and some parts of the Burdekin river catchments. The 1991 Fitzroy flood, which resulted in more than 18.5 million megalitres of flood waters, was the third largest on record (Byron & O’Neill 1992; Keane 1992)

During the initial period of high discharge (30 December 1990–13 January 1991), the predominant winds over the southern Great Barrier Reef were south-easterlies of moderate strength (about 12 knots). During this time, the plume was constrained relatively close to the coast moving north and was distinctly visible at least as far north as Port Clinton. From 14 January until 27 January 1991 the winds were light (about 6 knots) and predominantly northerly. The flood plume moved offshore eventually reaching the Capricorn Island Group. After reaching the area of the Capricorn Group, the leading edge of the plume was still quite distinct, with highly coloured plume water and carrying a number of terrestrial plants. The plume water was then observed to flow in an easterly direction through the Wistari Channel and quickly covered the south-east reef flat of Heron Island (O’Neill et al. 1992; Prekker 1992). The Fitzroy plume reached the Capricorn-Bunker reef system at a distance of 200 km from the coastline in late January 1991, with reductions in salinity levels to 27 ppm at the Capricorn reefs. (Prekker 1992) 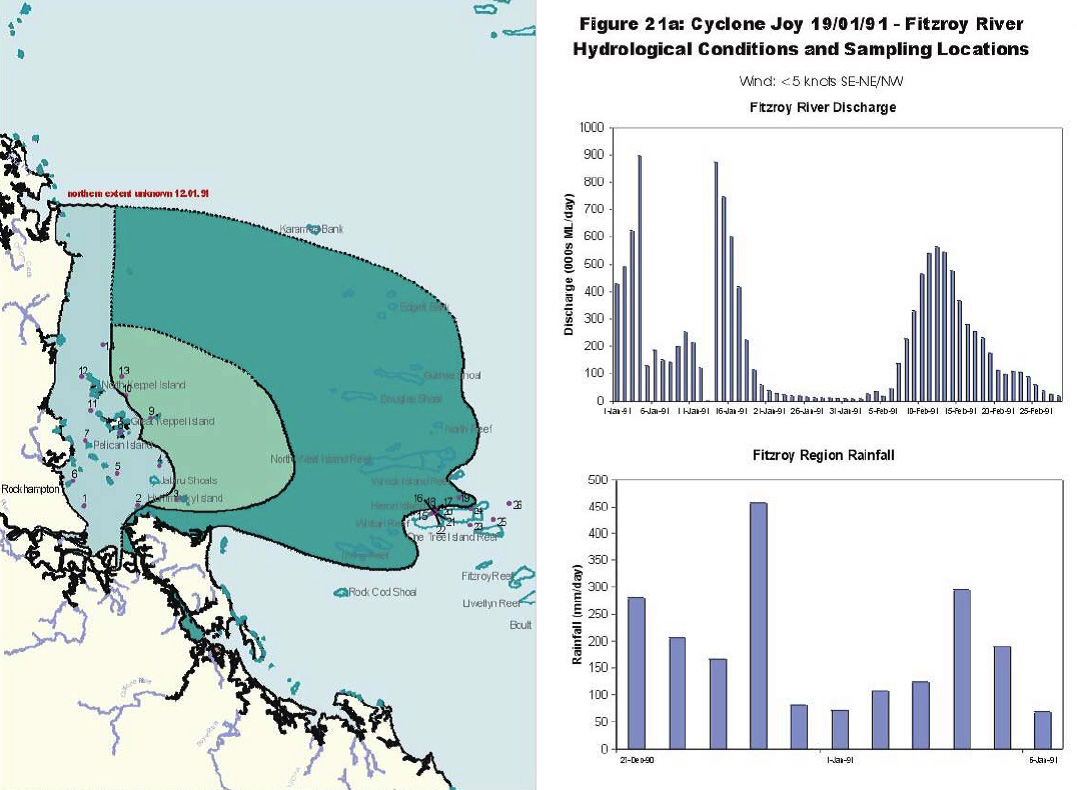 The Fitzroy is the second largest river out flowing along the east coast of Australia and its catchment area is exceeded in area only by the Murray-Darling system. The 1990/91 flood was one of the largest floods this century with flow rates and volume discharged greatly exceeding discharge from the other studied cyclones in this monitoring program. The Fitzroy plume study was also unusual in that it was not associated with cyclonic wind conditions, which can cause resuspension of bottom sediments from relatively deep water. Where such events occur simultaneously with the flood plumes it is difficult to separate the fluxes of nutrients from each of the three possible sources – flood, rain and resuspension. Samples taken in the plume (12–13 January 1991) were representative of the particulate and dissolved material that was discharged from the flooding Fitzroy River.