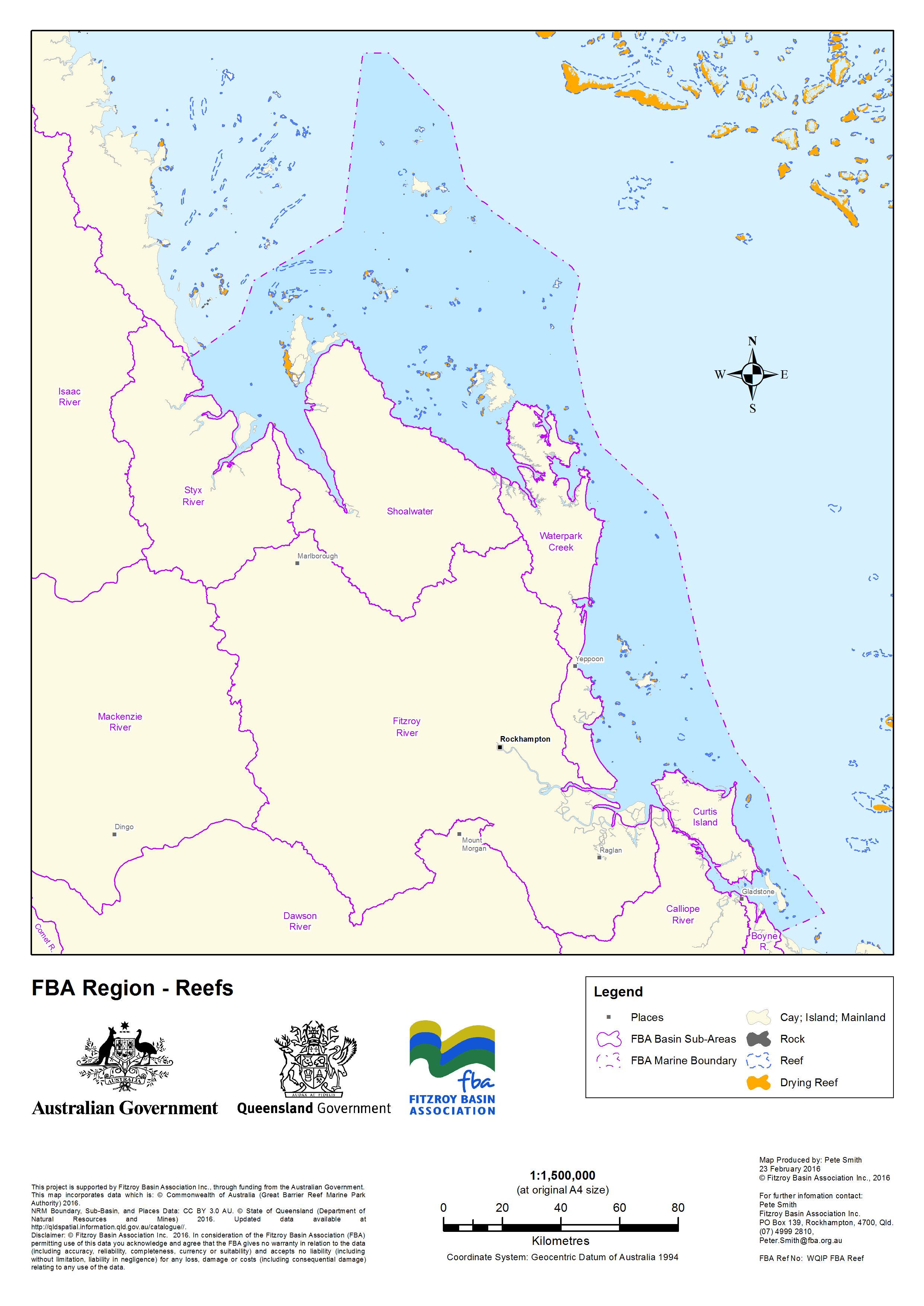 There are 4,855 km2 of coral reefs mapped in the Fitzroy Region (about 13% of the total reef area in the Great Barrier Reef). These include inshore fringing reefs, mostly around the Keppel Islands, mid-shelf reefs in the Capricorn-Bunker Group, and the remote Swains Reefs on the outer continental shelf.

The Keppel Islands used to have relatively high coral cover and diversity for inshore reefs, with over 150 species of coral. However, monitoring has shown a loss of coral cover, from about ~ 50% in 2005 to ~ 20% in 2012. In 2012–13 the condition of coral reefs was assessed as ‘very poor’. This area was severely affected by the impacts of flooding from ex-tropical cyclone Tasha in early 2011. The 2011 floods caused a massive plume of freshwater, rich in sediment and nutrients, to blanket reefs up to 12 km offshore. In the Keppel Islands, the flood plume caused the death of 40–100% of coral down to a depth of 8 metres. In 2013, ex-tropical cyclone Oswald also caused moderate flooding in the Fitzroy River. Since then, there has been an increase in macroalgae (that competes with coral for space), and high levels of coral disease and death. Similar declines in coral diversity were recorded after the large flood event in 1991.

Hard coral cover has declined across inshore and mid-shelf reefs of the Southern Great Barrier Reef over the past 27 years. This part of the Great Barrier Reef has suffered from many cyclones and storms in recent years, as well as the coral-eating crown-of-thorns starfish.

An update on coral bleaching events in the Great Barrier Reef can be viewed here. 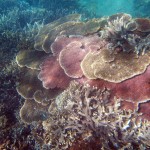 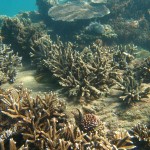 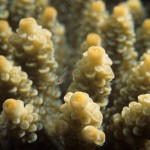