The Fitzroy Basin contains a diverse array of wetlands, waterways, floodplains and lagoon systems. There are 18 wetlands in the Fitzroy Basin that are considered to be nationally significant. The Australian Government has recognised the importance of wetlands by becoming a signatory to the Ramsar Convention and through the establishment of a Directory of Important Wetlands.  Shoalwater and Corio bays are recognised as Ramsar-listed wetlands and located on the central coast of our region. 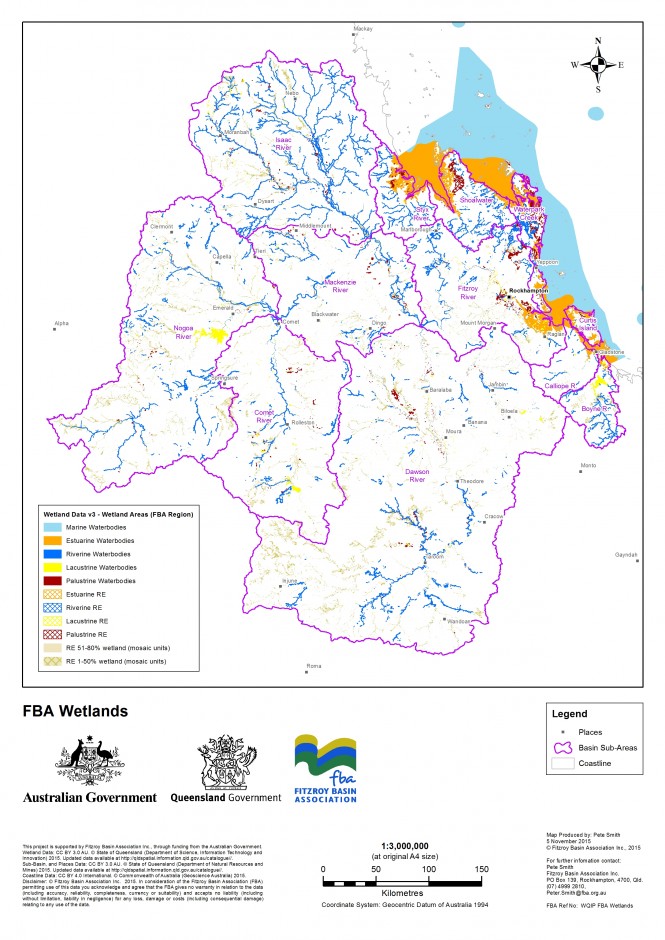 The Fitzroy barrage provides an important water storage for Rockhampton. The barrage also stops saltwater moving further upstream, effectively shortening the length of the estuary by half its natural range. The barrage, and other dams and weirs, can be significant barriers to fish passage.

The Fitzroy floodplain remains an important part of the landscape that changes with periodic flooding, providing ecological services in the interface between fresh and saltwater for aquatic animals and vegetation. Wetlands found in these areas provide nurseries for fish species such as the iconic barramundi, which needs freshwater lagoons in the early stages of its life cycle.

The critically endangered Capricorn yellow chat is a bird species that utilises the native sedges on the edges of coastal wetlands to find insect prey and nurture their young.  With only a few hundred birds in their population, they remain a unique species in our region found on Curtis Island and the mainland across The Narrows.

North of Rockhampton, the Shoalwater and Corio bays wetlands are recognised under the Ramsar Convention and contain unique biodiversity while providing habitat for many migratory bird species.  Close by, Port Clinton lowlands have similar unique attributes and are also a special place for dugong in the adjacent estuary.

Although changed by development, Iwasaki Wetlands north of Yeppoon contain unique habitats. A road splits the wetland habitat. One side of the road contains freshwater wetlands and all the biodiversity that comes with it and then in stark contrast the saline wetlands occur on the road’s coastal side.  Acid sulphate soils are very evident with changes in vegetation and soil type.

Click here for further information on types of wetlands, their definitions, classes, and extent. 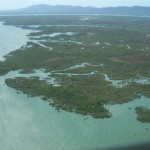 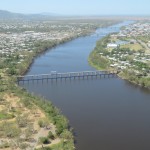 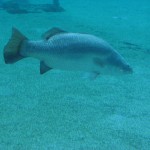 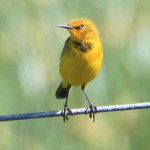